The weather didn’t stop this couple from saying ‘I Do’!

When Daisy & Seb planned their wedding a year in advance for September 2020, not only had they not foreseen a worldwide pandemic but they also hadn’t expected their big day to fall on the EXACT day that a tropical cyclone, AKA a medicane, was to hit the Ionian.

September is usually fairly settled weather wise making it a really popular time to come out for those without children or school holiday commitments. We can have the odd storm as the season changes from summer to autumn but these generally pass fairly quickly, the clouds dissipate and the sun shines again.

However… September 2020 was different!!

The plan was to pick up the boats from base, spend a few days around Meganisi as some guests were staying ashore, then head over to Kastos midweek where they had some pre-wedding shore activities planned before the big day at the end of the week, which was also to be held on Kastos.

My email to the groom Seb after confirming transfer arrangements ended with “Weather is looking great, see you Sunday!”… little did any of us know what was to come.

Until the Saturday before, then it didn’t look so great. And typically the weather forecast said stormy at the end of the week. But not just a storm. We are talking easterly winds, force 10 & 11 (even stronger offshore), torrential rain, thunder, lightning. Not the kind of Greek weather that the couple had imagined when they’d booked their dream destination wedding all those months ago. Often the forecasts change too…the storms change direction or they come earlier or later than planned. But this one was just not going anywhere except right over the top of us here in the Ionian, on the day of the wedding.

The skippers here at base started to come up with alternative plans. They had 4 boats in total – Wyvern, Frank & La Mouette, and another private boat. But the wedding and all other associated activities had already been planned to take place on Kastos. 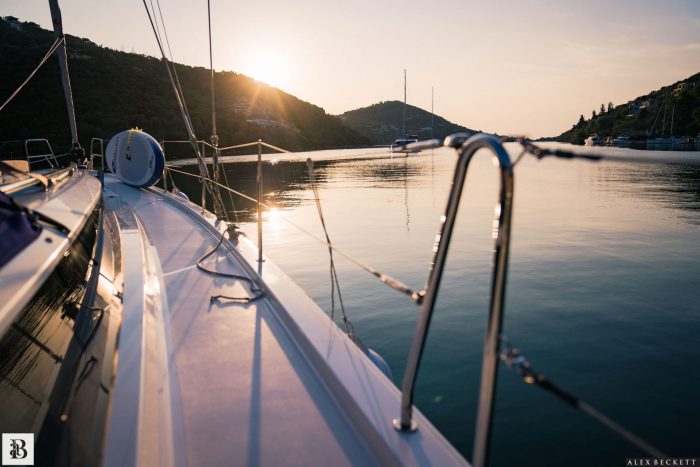 When the wedding party arrived, Neil & Craig had a chat with Seb & Daisy and our skippers Matt & Ross who were going with them on Wyvern & Frank, and it was decided that we’d review it again midweek. Changing the entire wedding plan was the worst case scenario so we needed to be sure that the decision was the best for everyone.

Eventually – you guessed it – the plans had to change… there really was no choice. Kastos is bad enough in light southerly or easterly winds but this forecast was really ugly. Not only would it be uncomfortable, wet & windy, it could be dangerous. It was decided that the boats would stay in Sivota on Lefkas, with the safety of multiple anchors, lazy lines, bow lines, stern lines, spring lines. 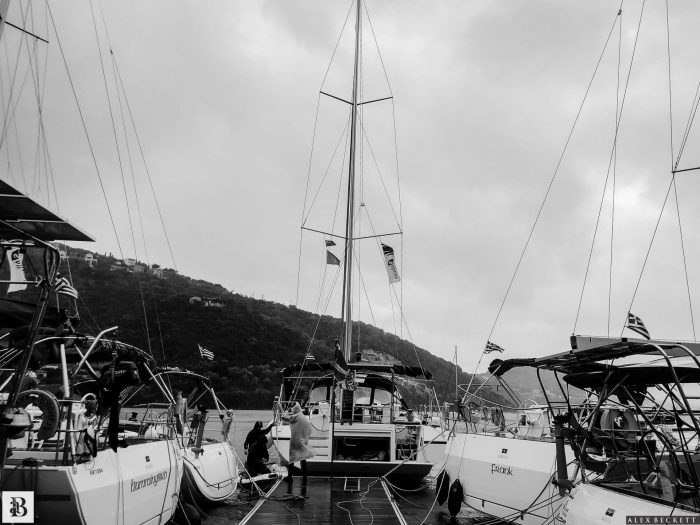 The wedding was rescheduled to be on the Saturday when it was due to be lovely & sunny again! The forecast at least was accurate, the sun did come back out on Saturday, the storm was long gone and the Bride & Groom were able to get married – albeit not quite as originally planned but married nonetheless and surrounded by their friends and families. The official ceremony took place in Nydri Town Hall, but then they went and recreated the ceremony at the stunning vineyard & winery up above Sivota. 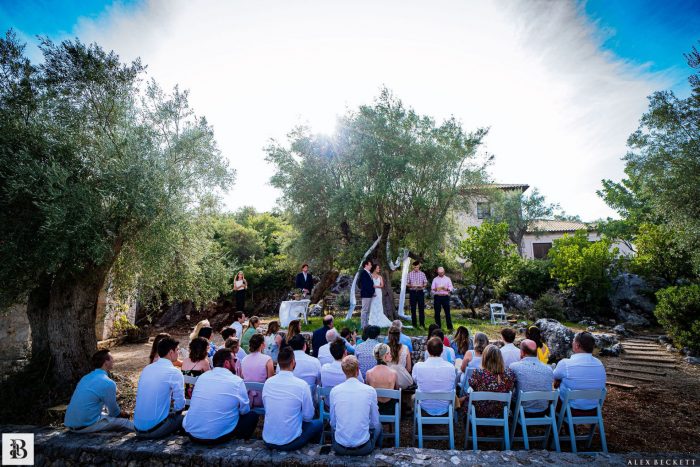 The celebrations continued at the romantic setting in the Olive Press at the end of Sivota Harbour. Decorated in cute fairy lights, beautiful place settings, olive branch table centerpieces – this was a pretty amazing change of plan. 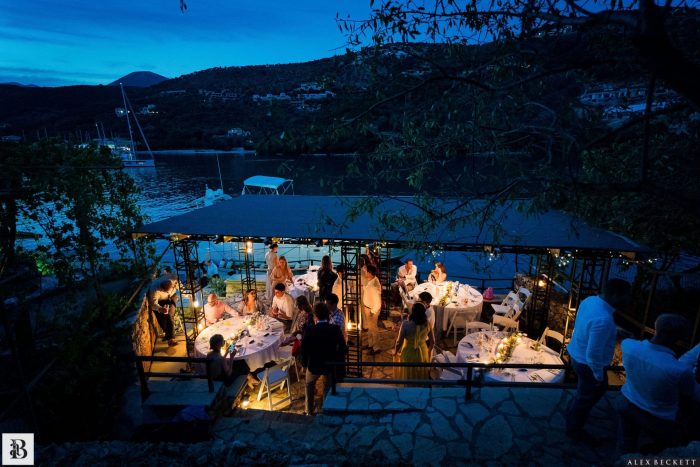 Sunday morning came around and with happy memories, aching feet from all the dancing and a few sore heads, the wedding party headed back to base from Sivota. With a late check out pre-planned, the wedding party had plenty of time for a final swim stop on route – what a way to end an eventful week. 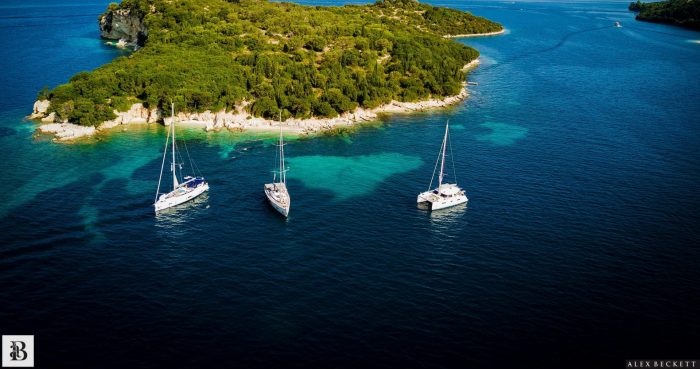 The Newlyweds were full of praise for our skippers Matt & Ross who kept them and the boats safe, and who did their utmost to keep the whole wedding party happy throughout the week. Everyone on board each of the yachts had an enjoyable, exciting, and memorable week. Everyone went away smiling, and that’s the most important thing. 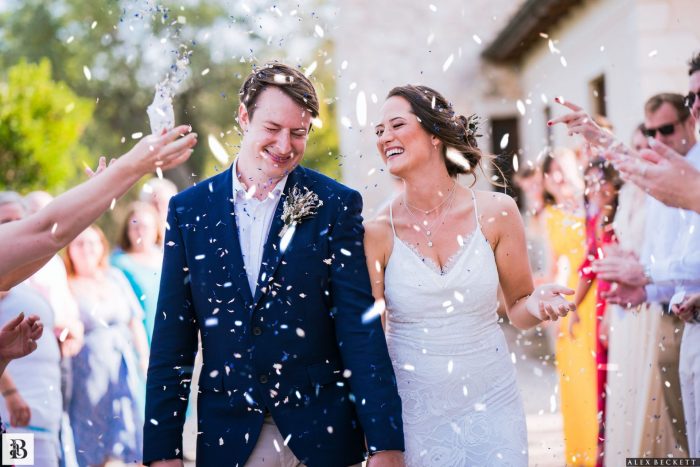